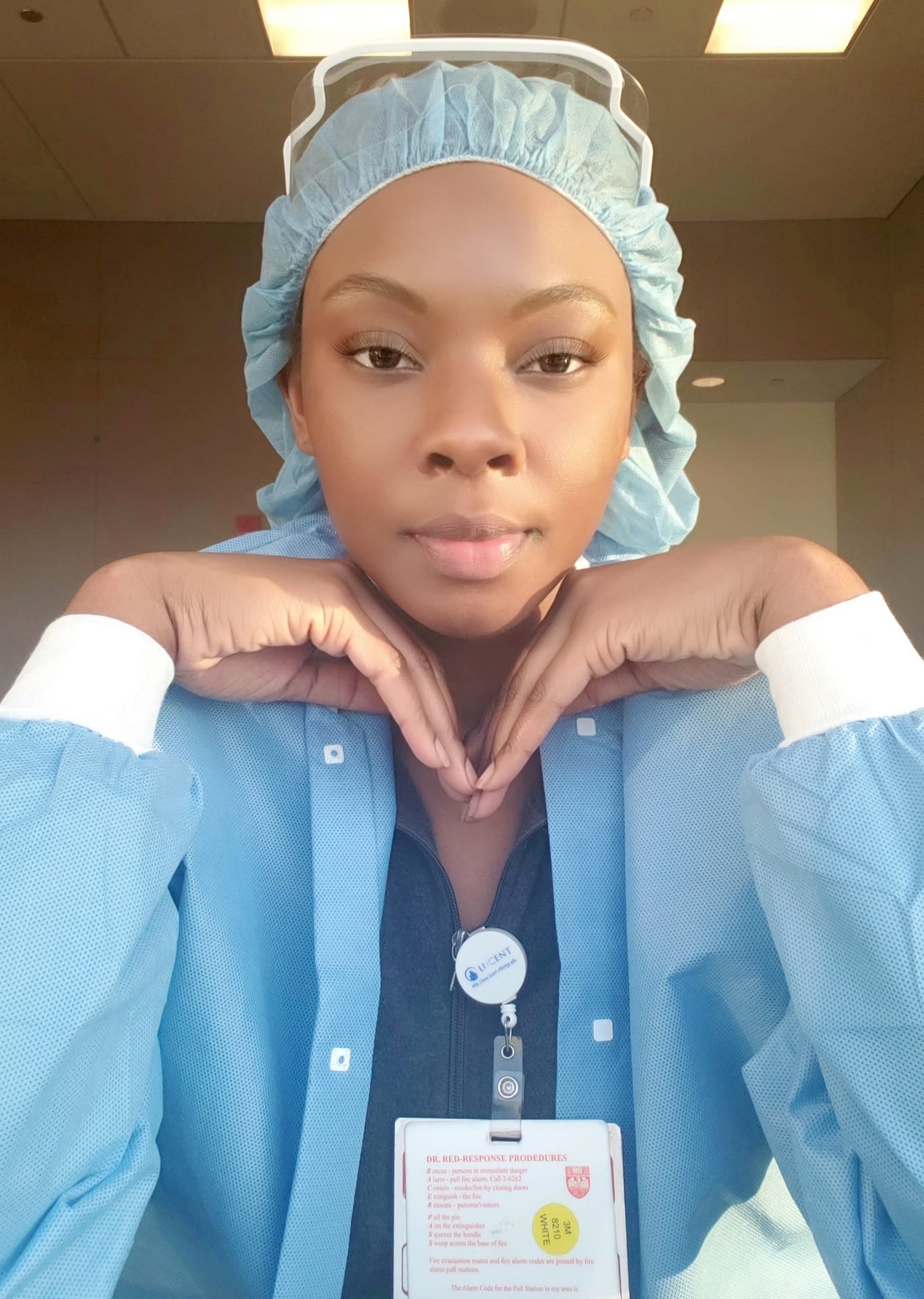 Black Lives Matter is gaining ground because citizens around the world are fed up. They are sick of systematic racism and prejudice. They are tired of reading about violent and senseless deaths of African Americans at the hands of law enforcement. For those who have long lived with social injustice every day, the narrative has not changed. But finally, according to Ross University School of Medicine alumna Edna Chukwurah, MD, individuals outside of the black community are beginning to recognize these injustices and are truly listening—they are witnessing deplorable actions, unifying their voices and banding together to ensure the brutality ends.

“What we’re witnessing is an adaptation of civil war,” Edna explained. “People are protesting for real and tangible change in our laws, our policies and our protocols so that things like this don’t happen again. I’ve never witnessed such a collaborative response, at least in my lifetime. What has really shifted the paradigm for many is that it’s being recorded and thus being disseminated, for good or bad, to the masses. It’s becoming such an uncomfortable truth for not just the individuals who live it, but for the individuals who have to see it. I think people—black and white alike, people of different colors, different races, different creeds—are tired of the injustice and of the broken system.”

Edna recalls previous instances of racial discrimination that captured national attention in which people took a stand but the outcry was short-lived, especially for those not directly affected. “The thought is often—if it doesn’t affect me, then it is not my narrative. But when you truly recognize that you have rights and someone else doesn’t have those same rights, it changes the trajectory. At least it should. You should then understand that you must advocate for on their behalf because it’s important for the greater good.”

She applauds Ross Med and her employer, University of Chicago Hospital in Hyde Park, for hosting online forums where people can speak and be heard regardless of how tough the conversations become. “We have to cultivate change on a local level and amplify people’s voices.”

The internal medicine resident said she tries to take small actions every day to progress her community and embrace the unity. In her first year of residency in a different state, Edna experienced prejudice and became more cognizant of her color because race became a prevalent topic. “I realized I was not only advocating for my patients but also for myself.” Tensions eased when she transferred to the University of Chicago and felt more accepted. “I’ve now been fortunate enough to be in an environment where diversity is recognized, advocated for and celebrated. And it’s not just something that’s being said, it’s something that’s being acted on—to make sure we have and recruit women and people of color in our community so voices are heard.”

The one thing Edna is still adjusting to in the Windy City is the frigid temps even though she was born and raised in Connecticut. The youngest of five children, Edna grew up in a middle-class Nigerian family living in a medically underserved area where she witnessed disparity with healthcare and medical access—two firsthand experiences that piqued her interest in medicine. She remembers traveling with her family to Nigeria when she was six years old and noticing the stark difference between rich and poor communities. “This is my way of paying it forward,” she says of becoming a doctor. “What I experienced as a child and growing up—that’s what I want to try and dampen for the next person.”

Edna remains inspired by what is happening right now through the Black Lives Matter movement. “I’m very cautious. I don’t want to get my hopes up. I want to use my platform to speak and make sure there is equality amongst all people. I am watching and saying, ‘Let’s do a little less talking and a little more doing.’”

If she could grandstand right now, she’d ask people to look through the lens of others to gain a new perspective—to not just hear but listen to them and their experiences. Edna would push for changes in the policies and protocols of many professions to balance the equality scale. One example is reviewing current training and hiring processes— “we need more equal-opportunity hiring—people of color and more women in positions of power where we can be heard.”

While she’s fighting for equality at the business table, Edna also advocates for race to be celebrated and segmented when it comes to medical treatments. “There is a certain population susceptible to certain diseases because of background. That’s interwoven in our training because data and research support it. In that instance, race matters not because it’s black and white, but because it changes how you treat a patient and because you can tailor care. Ideally this would be the only way race would be considered and referenced.”

The Impact of COVID

The surge of positive COVID-19 patients has kept Edna humble but has also taken a toll—at times, forcing her to feel a full range of human emotions during the same shift. “It doesn’t matter what gender, age or race you are—you are human first and can contract it. It doesn’t matter if you’re a patient or a provider either. I have been scared. I have been concerned. But I’ve also been strong, resilient and relentless in making sure my patient care is top notch.” Edna is grateful to be a part of history in the making, saying the virus has opened her eyes to the nationwide healthcare system. “It is showing how well we practice medicine as a nation and community but also is showing how well we don’t. This pandemic has shown the underbelly of America’s healthcare system—how unstandardized it is and how much work is still needed. But it’s also helping us to prepare for things moving forward including another pandemic.”

When Edna’s off the clock, she reaches out to friends, catches up on sleep, dances like no one’s watching or dabbles in the kitchen. But it doesn’t stop her from thinking about how to best care for patients. “Being a physician, I don’t get to have a bad day. I don’t get to not care for a certain patient population because I don’t feel like it. I take care of patients who don’t look like me. I take care of patients who don’t believe in the same things as me, who don’t pray like me or who actually may not help me if the tables were reversed. I do that because that’s the oath I took. It’s not just the oath I took—it’s the right thing to do. It’s the human thing to do.

“I’m trying to propel our human race as a doctor. I’m trying to advocate for everyone. Anybody who walks in the door is my patient first and foremost; everything else gets put on the back burner. If we’re talking about policing, they take an oath to protect and serve. It’s very similar to the Hippocratic Oath—I will do no harm. That applies to everyone. You’re going to be in contact with different demographics and different populations of people. The experience you have with different people should make you a better person because you gain a different perspective. That should be the mindset. You can’t pick who you want to protect and serve. Your job is to better whoever you’re coming into contact with—the community if you’re a police officer, students if you’re a teacher, patients if you’re a doctor. You have a larger purpose here and that should always be the mindset.”

We appreciate your commitment to the continued well-being of our Ross Med community and support during this unprecedented time. Please visit the Ross Med website for the latest updates regarding COVID-19.